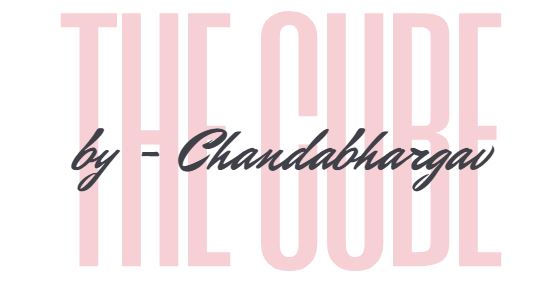 It was one of those extremely hot evenings in North Delhi; but fortunately, there was a gentle healing breeze that curbed the unbearable heat and gave some sort of relief to the people around. Arjun, the son of a very rich family was returning from his Tennis session and entered a supermarket.

“Can I get two bottles of cold drink?”  Arjun asked.

The shopkeeper handed over two bottles of cold drinks of Arjun’s choice.

“Rupees 200 in total”  the shopkeeper said. Arjun paid the amount in the counter and came out of the shop when he heard a voice,

“Can I get a bottle of the drink brother; I am extremely thirsty and this heat is unbearable.” said a boy who belongs to a slum and was hoping to get some amount of drinks to quench his thirst.

Arjun pushed him aside and just ignored him showing his arrogant and self-centered behavior.

On the other hand,  Arjun who belongs from a very rich family and enjoys every luxury, has a poor heart; unkind towards the needy. In spite of being a teenager Arjun did not develop a feeling of generosity towards the poor due to blind love and care from his parents. The next day to his surprise, Arjun saw the same boy, whom he met the previous day, in his own house .

“This is my child Bibek.” The maid uttered. Meanwhile both Arjun and Bibek were astonished to meet each other again. Bibek smiled to Arjun, maybe he tried to forget the development of the previous day. Arjun ignored him again and did not utter a single word and went away to his room. Bibek was the son of the maid who was employed in Arjun’s house. Bibek’s father earned some amount of money by selling newspapers in that area; but this was not enough to get three meals a day which forced his wife to work.

“This is extremely pretty. What is this?” asked Bibek while holding a Rubik’s cube in his hand and almost fell in love with it, quite
amazed by its vibrant colours. Arjun turned and lost his temper to see Bibek follow him to his room and touch his cube.

“Who has permitted you to enter my room and how do you even dare touch my cube?” He screamed and snatched the cube from him.

“How can you be so cruel?” asked Bibek who was shocked to see the behavior of Arjun.

Arjun gave a tight slap to Bibek unable to bear his  audacity to answer him back.

“Do you know this cube is imported from Japan costing almost ten thousand rupees?” told Arjun in the harshest way possible.

The small kid cried and ran away from his room. That was the last time Arjun saw the boy.  After this incident, the maid stopped working in their house. But how can Arjun understand the value of such poor people. Days passed by since the incident and the maid did not return. Unfortunately, Arjun’s mother had to do all the household works which he was unable to bear. Probably she knew the incident,but she did not scold her son. But it did affect Arjun who loved his mother.

“Yes, I know son. But never mind.” Interrupted his mother.

“Mom, why did I become so arrogant? Will I ever change?” asked Arjun who slowly realized his mistake.

“You will son. Look, every human being should be respected, be it poor or rich. You have to find way in which you can improve yourself.”

Arjun started to feel guilty for his deed. He realized how insensitive and inhuman was he.

“How can I be so cheap towards that small boy?” He told himself and tears rolled down his eyes. “God please forgive me.” He screamed as he was ashamed of himself. Two days passed since he realized.

Bibek came back home after playing football and was stunned to see the same cube he touched in Arjun’s house in front of the door of his house.

“Mom, did anyone come when I was not here?” Bibek shouted.

Bibek understood it was Arjun and  wondered when did he come to his place.  He peeped through the window with a restless look expecting to find Arjun. Bibek could see Arjun walking slowly with his head bowed down probably feeling that a burden has been removed from his shoulder. Maybe, he was sad as he lost his costly Rubik’s cube;  but was most happy because he could kill his arrogance.

Vivek was looking at Arjun with moist eyes as he slowly disappeared among the crowd!

Chandabhargav Kashyap, 18, is the son of Sri Pardip Kumar Das, ex-SDE, Guwahati, Kamrup BA. He has been writing short stories since he was in class VIII, and four number of stories have already been published in Assam Tribune kids zone. This year he has completed HS Arts with 95% of marks and is doing under-graduation at Christ University Bengaluru.